Austin has quite a few places to get Japanese food. In Austin, Japanese food largely means sushi. Here are several favorite choices. 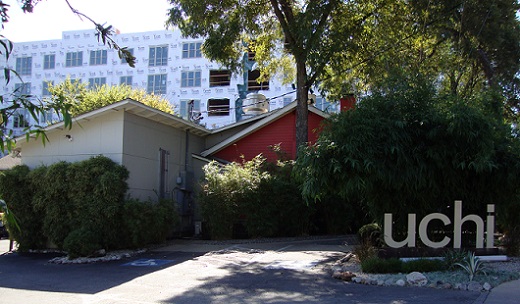 Arguably the best place in town for serious sushi lovers. Uchi was named one of the top ten sushi spots in the U.S. by Bon Appetit magazine in 2009. Uchi is an upscale Japanese sushi restaurant with a trendy, noisy atmosphere, excellent service, and an upscale price. Expect to spend $50 to $100 per person. The executive chef (an American) has over 20 years of experience, has trained in New York and Tokyo, and recently won a James Beard award for best chef in the Southwest. Uchiko is his second, recently opened restaurant. He excels at standard sushi fare like unagi and spicy tuna role, but also is highly creative which results in unique dishes like pork jowl, Hamachi Nabe (poached egg on top of seared baby yellowtail). Sushi is not very filling - expect to get your taste buds pampered but don’t expect to get filled up. Also, reservations are a must, every night of the week. The places are packed, even late into the night.

Watch some of Uchi's culinary staff talk about the restaurant:

Get an inside look at Uchiko with the founder and executive chef:

Tucked in an inconspicuous location under another store, Musashino looks from the outside like a Japanese bath house; inside, though, it’s comfortable, intimate, and well appointed with soft lighting and candles. Many say it has the best sushi in Austin. Not as many exotic creations as Uchi, but it has more of the customary sushi items and excels at all of them. The tempura is also good. Service is acceptable. 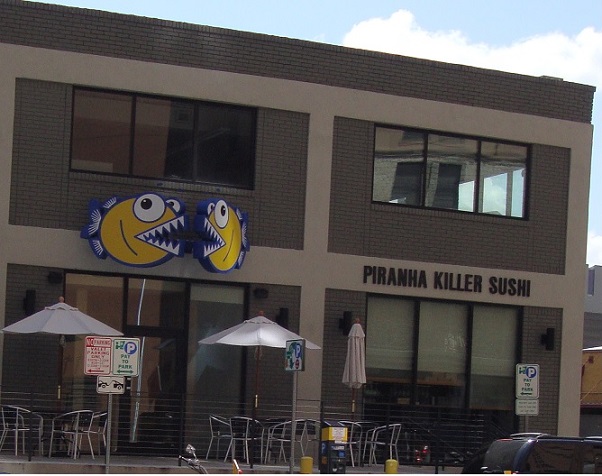 Trendy, loud, modern decor with an open dining room and sushi bar in the center and a young crowd. Great sushi, some think it the equal or even superior to places in San Francisco or L.A. Excels in the standard sushi items and also has some special creations. Recommended is the Marry Me roll (strawberry flavor with jelly flavor underneath and sauce at the bottom). Piranha Killer also appeals to non-sushi-lovers with other Japanese dishes like excellent steamed dumplings and shrimp and vegetable tempura. Tempura Ice Cream is also good as a dessert (two scoops of ice cream in a crispy sweet shell covered with chocolate sauce). Not as pricey as Uchi and there are good deals with the Happy Hour specials. Good service; the sushi bar staff is particularly helpful.

Originated by a Japanese former Sumo wrestler, Kome is a place to get pretty traditional Japanese dishes. Possibly it’s the most authentic and traditional Japanese restaurant in Austin. The ramen, sushi, and sashimi are all excellent and very popular here, and they also have an extensive selection of fried and grilled meat, shrimp, vegetables, and tempura items that are served on small plates. Also try the homemade cheesecake made with sake and ginger crystals. Although not as expensive as Uchi and Uchiko, the food is of comparable quality. And the place is not as crowded, but can nevertheless get very busy and loud. Knowledgeable and helpful waitstaff.

View the map below for other Japanese restaurant choices in and around Austin.


Do you have a Japanese Restaurant story?